What’s the Best City for Women in Tech? 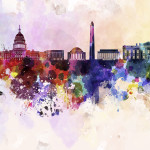 Washington, DC tops the list of best U.S. cities for women in tech, according to a new analysis by personal-finance site SmartAsset, followed by Kansas City, Detroit, and Baltimore, with Indianapolis rounding out the top five.

SmartAsset bases its rankings on U.S. Census Bureau statistics, filtered for 58 of the largest U.S. cities. Using that government dataset as a foundation, the firm calculates the percentage of men and women in computer and mathematical occupations; the gender pay gap; income after housing costs; and three-year growth (or decline) in tech employment.

SmartAsset then averages the rankings, according to a note on its website, “giving half weight to tech employment growth and full weight to the other three metrics.” It also computes an index score based on those averages: “Cities ranked first in each category would score a perfect 100, while a city ranked last in each category would score a zero.”

This is the second year in a row that Washington, DC took the top spot on SmartAsset’s list; women in that city hold over 40 percent of all tech jobs, and earn around the same income as men. On a countrywide basis, however, things aren’t quite so rosy, with the ratio of women in computer and mathematical occupations at 26.5 percent. On average, women also earn roughly 85 percent of what their male counterparts take home.

“There is a significant positive correlation (49 percent) between tech industry representation for women and pay equity in the 58 cities SmartAsset analyzed,” the firm noted. “While it is impossible to say what exactly causes this relationship, it is clear that some cities have a better overall culture for women in technology.” The post What’s the Best City for Women in Tech? appeared first on Dice Insights.

What’s the Best City for Women in Tech?