Using Your Open Source Work to Get a Job 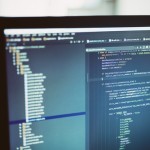 So you’ve worked on an open-source project, and you want to place that experience on your resume in order to move your career forward. Fantastic! In theory, there’s no reason an employer should shun your experience, just because you did the project from home on your own time. But how can you actually leverage that project work to obtain a full-time job?

The Entire Project Is a Reflection on You

First, make sure that any project you present on your resume is a good one. Even if you did an awesome job on your parts of it, a bad project could lead a potential employer to attribute the less-than-stellar elements to you, even if you weren’t responsible.

For example, the product might prove useful to many people, but the user interface is beyond poor. While you might not have contributed to the UI, your potential employer might not understand that; he or she will click around, increasingly aggravated, and conclude that you don’t know what you’re doing. On that note, also make sure the project is still alive: If it stalled three years ago and never even got a first release, it will surely reflect badly on you, too.

As computer folk, we usually spend a lot of time parked in front of our computer screens, and not as much time in meetings and at conferences. That means less time to meet people, although doing so is pretty easy thanks to LinkedIn, Facebook, and other social media. By the very nature of working on an open-source project, you’ve dropped yourself into a collection of like-minded folks. If you interact with them well, you can cite that experience in your next job interview; plus, your new network doubtlessly knows of job openings and freelance work.

One thing to bear in mind is that the whole open source process is public by definition; everything you say in online discussions, and how you respond to bug reports, is generally available to anyone with a Web browser.

I spoke with an open source industry veteran named Carla Schroder, a senior technical writer with ownCloud, who suggested how somebody’s work in open source could become a positive thing from an employment perspective. “These are real achievements that are out in the open for anyone to see,” she said. “They show that you have skills and that you get things done, so you want to emphasize all of your relevant experience, whether it’s unpaid volunteer or a paid position. Be prepared to supply specific examples of your work.”

At the same time, your conduct is out there for anyone to view, so you’ll want to be careful in how you present yourself online. “Because FOSS projects are conducted in the open, keep in mind that emails, forum posts, and sometimes IRC sessions are forever,” Schroder added. “Linus Torvalds can get away with funny insults, but the rest of mere mortals are better off minding our manners.”

A potential employer’s receptiveness to your open-source experience can give you big insights into its culture: If the company respects open source, you might be happy working there; if they don’t, you probably wouldn’t have been a good fit there, anyway.

If you’re called in for an interview, prep ahead of time to discuss your project—and make sure you’re ready to discuss it in as professional a light as possible. Talk about deadlines, bug reports and fixes, documentation, source-code control, and user support just as if the project were something you’d completed for a major corporation.

If you’ve worked on an open source project, and the project is a positive portrayal of your abilities, personality, and work ethic, then you most certainly want to include it on your resume. It could end up the one thing that puts you above the other candidates and lands you the job.

The post Using Your Open Source Work to Get a Job appeared first on Dice News.