The Two Faces of Modern IT Environments 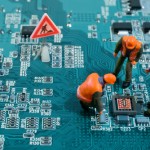 As IT has evolved in recent years, two distinct types of application environments have emerged that require different mindsets to manage.

When it comes to anything relating to a systems or record application, all the traditional attributes of IT apply. The two biggest concerns that organizations have when it comes to deploying systems of record, which are usually run by the internal IT department, are reliability and security.

But when it comes to systems of engagement, the two most prized attributes are agility and flexibility. More often than not, a system of engagement is deployed by a line-of-business unit trying to achieve a specific task. While security and reliability are still significant attributes of the system, most line of business units are looking for IT people who are much less risk-adverse than their counterparts working inside the internal IT organization.

Naturally, these two distinct types of IT personalities create something of a dichotomy among IT people working not only inside an organization, but also among the job applicants who make it to the final interview. In effect, there is now what Gartner refers to as a bimodal approach to managing IT inside most large organizations, with different types of IT personalities to manage. As more systems or record begin to find their way into the cloud, that dichotomy continues to persist.

Steve Hamilton, a managing director for KPMG Advisory Services, notes that despite the often conservative nature of the IT people running systems of records, those applications are being pushed into the cloud. “A lot of businesses feel they simply can achieve anything truly transformational unless those applications are in the cloud,” he said. “The internal IT department may not always agree, but it takes too long to deploy new applications on premise.”

Shawn Price, a senior vice president at Oracle, suggests that one of the primary drivers of that shift is the fact that internal IT organizations are now moving to get their arms around all the shadow IT services that have grown up in the cloud over the years. “We’re seeing a rapid movement around the formalization of shadow IT services in the enterprise,” he said. “The goal is to create a common data model across applications that share a common user interface.”

It will take some time for that formalization to occur, which means that, at least for the foreseeable future, there will continue to be a dichotomy in terms of how IT applications are managed. In fact, that dichotomy is the primary reason that so many organizations are developing hybrid cloud computing strategies.

“IT needs to bring all the key data repositories together,” said Judith Hurwitz, principal for Hurwitz & Associates, an IT consulting firm. “But there are a lot of political ramifications associated with doing that.”

It’s not even clear that line-of-business units will be willing to give up control over systems of engagement. Greg Buzek, president of IHL Group, a research firm focused on retail industry trends, notes that marketing organizations with budgets that far exceed the funds controlled by most internal IT now routinely deploy their own applications. “Most IT budgets are 1.5 percent of revenues,” he said. “That’s a rounding error inside most marketing budgets.”

But at some point in the distant future, these distinct approaches to managing IT have to converge. “Organizations have been forced to make a choice between reliability and agility,” said Chris O’Malley, CEO of Compuware, a provider of software for IBM mainframe environments that run some of the largest systems of record in IT. “Obviously, that has to come together.”

In the meantime, IT job applicants would do well to take into account the type of IT environment that best suits their personality before applying for their next job.

The post The Two Faces of Modern IT Environments appeared first on Dice News.

The Two Faces of Modern IT Environments