Today’s population health IT tools are poised for irrelevancy 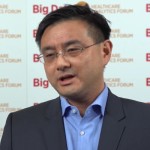 Adrian Zai, MD, made a bold prediction about the current crop of IT products that enable population health management: “Suddenly you will find that all of the health IT tools companies call population health today will be irrelevant because the data they look at can only see what goes through a hospital, which is far too narrow in scope.”

Zai, the clinical director of population informatics at Massachusetts General Hospital, is referring to a point in time when population health truly becomes population health and healthcare organizations by and large find themselves technologically unequipped to deal with the new reality.

The next issue facing population health efforts is studying real-time data – not stale claims data – of a significantly broadened population, he added.

“Historically, most healthcare organizations look at claims data, and that is a problem because claims data has a one- to two-month lag, you lose real-time capabilities,” Zai said. “Plus, claims data does not define a population – you only get claims when people have insurance. Most hospitals’ claims data only covers about 20-30 percent of an area’s population. So there is a huge population that is under the radar.”

Massachusetts General started better defining population by studying scheduling data, though Zai said even that is too narrow for effective population health management.

“You have to look at the Medicaid population, who often only get seen at community health centers, though many show up at an emergency room when they get sick – that’s a huge portion of the population that today is in the dark,” he said. “Ten years ago people defined population as the population of patients who have insurance. Now the definition of population has expanded to include patients who have been seen at hospitals, whether or not they have insurance. And that definition now is being expanded by Accountable Care Organizations.”

Indeed, that is the point where Zai says all of the so-called population health tools of today become irrelevant, because they are not oriented toward receiving data from many multiple consumer touch-points.

“Plus, a lot of the population health technology simply shows gaps in care; further, one thing analytics and related population health technologies do not do is the most important thing: change patient outcomes,” Zai said. “The problem is action, execution. Yes, we can identify patient issues, but then healthcare must figure out how it’s going to present the needed action, provide the care coordination.”