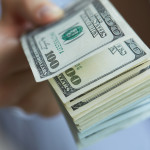 The highest-ranked tech firm: Juniper Networks in third, with a median total compensation of $157,000 and a median base salary of $135,000. The company builds routers and network-management software.

Amazon’s secretive Lab126 placed seventh with a median total compensation of $150,020 and a median base salary of $138,700. Lab126 is responsible for the Kindle e-reader, the Kindle Fire tablet, and the popular Amazon Echo.

The entire back half of the Glassdoor’s list is technology companies, starting with Facebook (in 12th), and including Twitter, Box, Walmart eCommerce, SAP, Synopsys, and Microsoft.

It should come as no surprise that, in an industry in which interns can earn an average of $6,800 a month, tech professionals are routinely pulling down six-figure salaries.

Given the current demand for top tech talent, though, employers need to do more than merely offer high wages to experienced professionals—they also need to dangle some perks, including flexible hours. Responding to a recent Stack Overflow survey, 50.4 percent of developers said that work-life balance was a top priority when hunting for a new job, followed by company culture (41.8 percent), quality colleagues (39.9 percent), and flexible work hours (37.1 percent).

For smaller firms without the enormous cash reserves of a Google or Facebook, such perks may be the only way to pull in the talent they need to build cutting-edge products.

In the meantime, tech pros who manage to land a job at the country’s most prominent tech firms can expect to earn a hefty salary in the process.