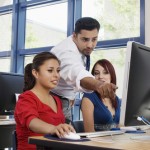 Earlier this week, the White House unveiled an ambitious plan to train and employ millions of tech pros in 21 regions across the United States.

Carrying out the plan—dubbed “TechHire”—will depend heavily on coding boot camps and accelerated training programs, which (at least in theory) will make candidates technically proficient in weeks or months rather than years. In addition, a number of big-name tech companies such as Facebook have pledged to take on certain candidates as interns, for on-the-job training.

But can boot camps and online courses transform cities such as Louisville and Minneapolis into burgeoning tech hubs on the level of, say, New York or San Francisco? Regions with robust tech scenes (and equally strong tech-pro hiring) benefit from a number of factors, including close proximity to universities and incubators, low-cost spaces for startups, investment in IT infrastructure such as broadband, and affordable housing.

There is a growing need for skilled tech talent nationwide, and multiple boot camps have sprung up in order to help meet that demand. Switchup, an organization that collects data on boot camps and programming schools across the nation, recently issued a list of its top 32 coding boot camps. In ranking those institutions, it took into account everything from alumni reviews and instructor quality to location and job support.

Not everybody believes, however, that boot camps and accelerated courses can quickly fulfill the need for tech talent. “Two months doesn’t prepare you for identifying serious problems and overcoming them,” Jason Polancich, CEO of SurfWatch Labs, told the Wall Street Journal in February.

Indeed, it can take years of experiences to learn all the quirks, tricks, and procedures that define working within many technology verticals. Some of the tech skills that pay the most—including Hadoop, MapReduce, Platform-as-a-Service software, and Cassandra—are highly specialized, and take quite some time to master.

So while the administrators behind TechHire may be right in assuming that tech workers don’t necessarily need a four-year degree (or higher) to compete in the space, they should probably realize that growing the country’s reservoir of tech pros isn’t something that can be accomplished in a few months.