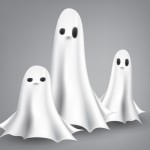 While you can survive a toxic workplace, the emotional aftereffects can linger long after you leave. Your pent-up anger and guilt can affect your future job search. Don’t let that happen; the ghosts of bosses past shouldn’t influence how you look for work.

No matter how long ago the lousy job, if the very thought of it still grinds you up, you haven’t processed it. Maggie Graham, a certified professional career coach, notes that you can’t just package up the time you spent there and move on to the next job without some recognition of how it affected you: “If you don’t sort through the muck of the past, it’ll come back to haunt you by showing up in interviews.”

Recognize Your Loss… and Learn From It

There’s grief in endings: You’re leaving behind people, a place and habits that made up your days. With that in mind, consider what you’ve left behind at your old job, and determine if any of it had value.

“That terrible job may have been a very bad fit, but what did you learn from it?” asked Jacqueline Whitmore, a business etiquette expert and author. “I worked as a flight attendant for a year and if that doesn’t teach you about human behavior, I don’t know what would.”

Reframing the story is critical, she added: “You learn something from every job you have. A new job is not going to be like the job you hated. The people and place will be different.”

You have the opportunity to build something new—but how do you begin exorcising yourself of the old? Graham suggested making checklists of your previous job’s benefits, as well as what you won’t miss about it, and measure those against your next job offer. “If you can’t recognize the qualitative variables that touched you,” she said, “you won’t be able to fully evaluate the next opportunity.”

Here’s the thing: you never need to go back to your old, bad job. So move on. “You can’t sit in the negative,” Whitmore said. “No one wants to work with a complainer, even if they’re complaining about a very old job, that experience is not part of the present or future.”

But that doesn’t mean you can’t commiserate with former colleagues and others in your industry. “It’s so helpful to know that you’re not alone and that others share the emotional aspect of your experience,” Graham said.

Graham knows the power of a sympathetic shoulder. At one point, she ran a job-search group where the bulk of attendees came from one company that had laid off nearly 6,000 employees. “They sat together even if they didn’t know each other before they were laid off,” she said. “They called the first phase of their job searches the “[Company Name] Detox.” The attendees joked freely that they were going through deprogramming from a cult “because the intensity of [the old job’s] stressful culture consumed their whole lives.”

When Graham met with clients from that company who chose not to attend the job search group, she found they struggled more than the group attendees to move on, and didn’t have as strong a success rate in converting phone interviews into in-person interviews.

Whitmore has been downsized four times in her career, but doesn’t feel angry about those particular events because it was “just business.” She believes her former employers were doing what they had to do to remain fiscally sound, and that kind of job loss simply isn’t personal… even if it feels that way.

When the job itself was bad, Whitmore took what she could from it and moved on, because once something’s over, it doesn’t have to be repeated. “It’s true that not all jobs are a good fit,” she said. “If you find yourself back in another environment where what you’ve learned from past experiences makes it clear that it’s not working out, you can plan an exit. In this era, we all know it’s much more common not to stay in the same place for 25 years hoping you’ll get a gold watch.”