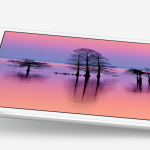 Hot on the heels of last month’s debut of two new iPhones, Apple plans on unveiling something new at an Oct. 16 press conference.

In typical fashion, Apple is keeping the details of its announcements under wraps, but the general consensus is that the company will roll out at least one new iPad, and possibly announce that Mac OS X “Yosemite” is available for download.

Tech publications such as The Verge seem to uniformly believe that the next iPad is the iPad Air 2, and will include an upgraded processor (the A8X) along with the Touch ID fingerprint sensor already available in later-generation iPhones. This new iPad could boast an anti-reflective coating, which would render content easier to read in bright sunlight; just like the newer iPhones, it might also come with the option of a gold casing in addition to gray and silver.

Assumptions about processor upgrades and color options seem pretty safe, as Apple hasn’t really altered the iPad’s design since the tablet’s introduction, aside from making the body thinner and lighter, and the screen higher-resolution.

The rumor mill seems less clear on whether Apple will introduce a next-generation iPad mini to go along with a new full-size iPad, but considering how it’s been a year since the last iPad mini made its debut, such a move seems logical. (As any Apple watcher knows, the company likes to stick to yearly upgrades for many of its core products.) A new iPad mini would also presumably feature a more powerful processor and other upgraded internals.Speaking of yearly upgrades, it’s a near-certainty that Apple will use its event to announce the release date of Mac OS X “Yosemite,” the latest upgrade of its desktop operating system. New features include the ability to take iPhone calls on a Mac, “hand off” documents between desktops and iOS devices, and a streamlined version of Apple’s Safari browser.

But will Apple also debut new MacBooks, or even a new iPod? The answer to that will likely remain murky until Oct. 16.